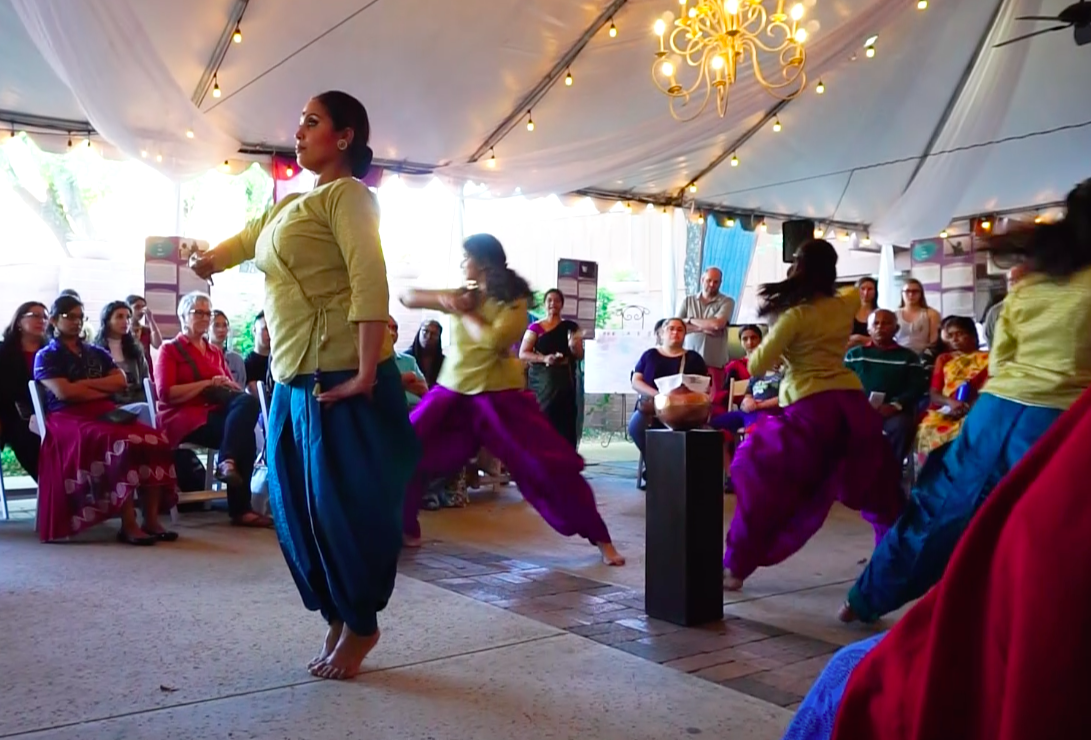 Sumana Sen Mandala, director of Dansense – Nrtyabodha makes us look twice (or three times) at classical Indian dance forms Bharatanatyam and Bharata Nrityam. After all, this is the American Southwest –  not a land typically associated with ancient texts as India is. So how could this dance form thrive or blossom here in Phoenix beyond a small interested group? Sumana, a visionary dancer with extraordinary imagination is the answer!

She worked with community members at Arizona Coalition to End Domestic and Sexual Violence. The project is called Look into my Voice – Hear my Dance (LVHD). Sumana’s Indian dance students worked together with survivors of violence. Stories were exchanged. The dancers took the survivors’ stories and translated them into Bharata Nrityam vocabulary. A dialogue ensued about the trueness and accuracy of the dance depiction and a deeper analysis of gesture and meaning ensued. “Success of a dancer,” says Sumana “is based in how well dancers communicate their ideas.” This collaboration supported the strength and clarity of those ideas. The participants spoke of the project as transformative! It resulted in an embodied understanding of lived stories by both survivors of violence and dancers. It resulted in an iteration of Bharata Nrityam that connected deeply with Arizona citizens.

Embedded in Indian classical dance (and texts) is cognizance of the connection between the physical, emotional, intellectual and spiritual elements; each connecting to the other. Classical Indian dance vocabulary is a thread that weaves them together. The ideal sought is one of integration and dance is a practice that helps propel it. Sumana instinctively understood the powerful possibility that lived in Indian dance and found a way to join its wisdom with the wisdom that lived in the human stories of women and men. In our current political, social and cultural circumstances, a project that places human connection and cultural literacy at its core could not be more critical and timely!

If you’d like to JOIN ADC, membership is for individuals, organizations and venues/presenters affiliated with dance.
SUBSCRIBE to receive our news and announcements.
ADC – “creating connections” since 2006. Learn more about ADC here.

JOIN ADC and become a participant in our mission of connecting and supporting the statewide dance communities.


Who Can Be a Member?

ADC MEMBERSHIP is for Read about the Membership Benefits here....