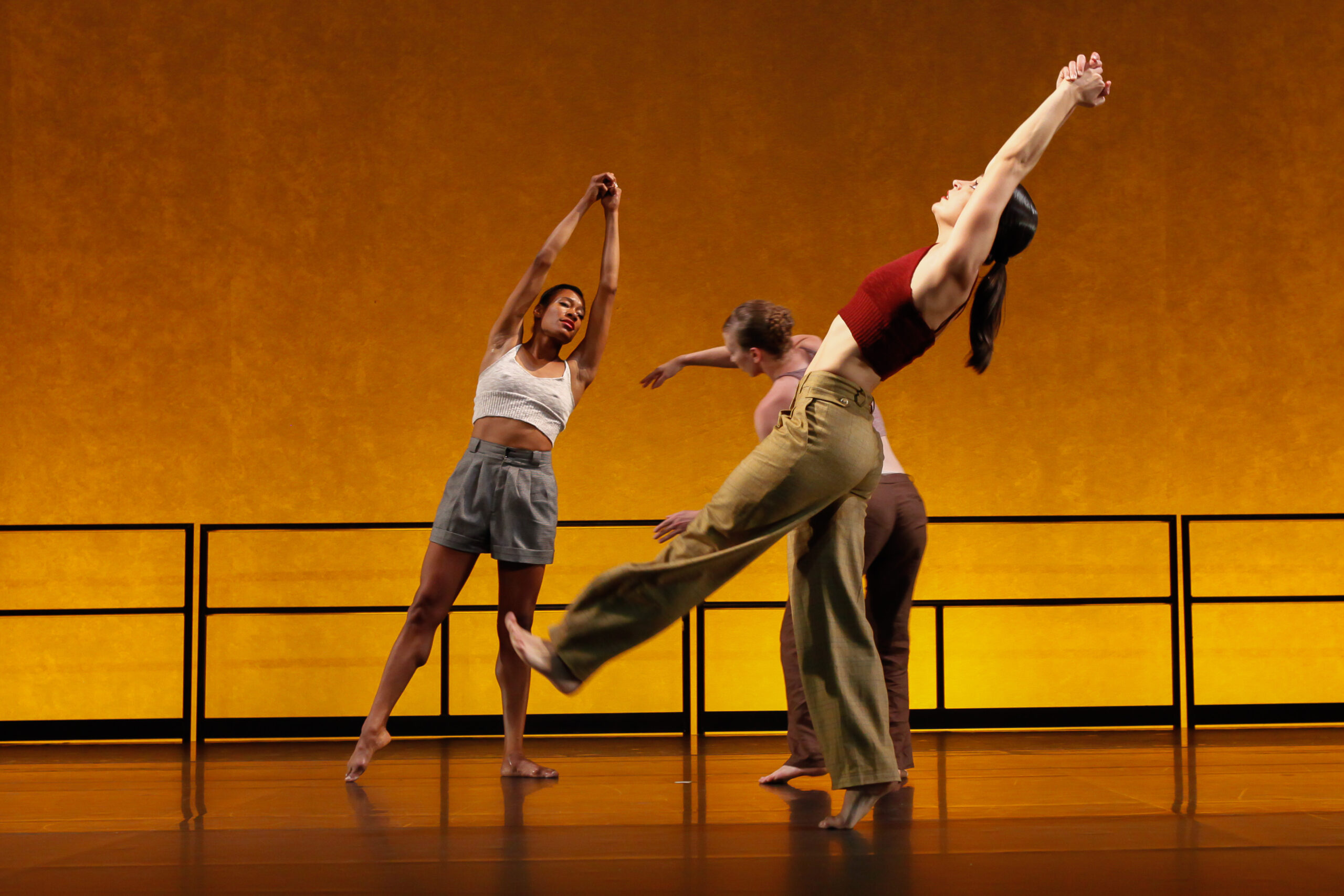 Celebrated for its vibrant athleticism, humor, theatricality, and commitment to collaboration, Dance Heginbotham performs a program of repertory favorites, featuring live music by composers Luigi Boccherini, Ernst von Dohnáni, Niccolò Paganini, and Heitor Villa-Lobos. With the full range of the dancers’ virtuosity on display, the evening’s works are inspired by an array of styles, from ballet to flamenco and classical music to Spanish guitar, offering the extraordinary opportunity to experience the thrill of music and dance live on stage.

“Audiences have a chance to enter into Heginbotham’s entertaining universe, and they shouldn’t miss it.” — The New Yorker

Dance Heginbotham (DH) is a New York-based contemporary dance company committed to supporting, producing, and sustaining the work of choreographer John Heginbotham. With an emphasis on collaboration, DH enriches national and international communities with its unique blend of inventive, thoughtful, and rigorous dance theater works.

Originally from Anchorage, Alaska, John Heginbotham graduated from The Juilliard School in 1993, and was a member of Mark Morris Dance Group (1998–2012). In 2011, he founded Dance Heginbotham, a New York-based contemporary dance company that has toured nationally and internationally. Heginbotham is a recipient of the 2018 Guggenheim Fellowship and the 2014 Jacob’s Pillow Dance Award.

Sought after as a freelance choreographer, Heginbotham’s projects include RACECAR for The Washington Ballet (2019); the Tony Award®-winning revival of Oklahoma!, directed by Daniel Fish (Bard Summerscape, 2015; St.Ann’s Warehouse, 2018; Broadway, 2019; National Tour, 2021/22; Young Vic London, 2022); and John Adams’s Girls of the Golden West, directed by Peter Sellars (San Francisco Opera, 2017; Dutch National Opera, 2019). Heginbotham is the director of the Dartmouth Dance Ensemble and is a founding teacher of Dance for PD®, an ongoing collaboration between the Mark Morris Dance Group and the Brooklyn Parkinson Group.